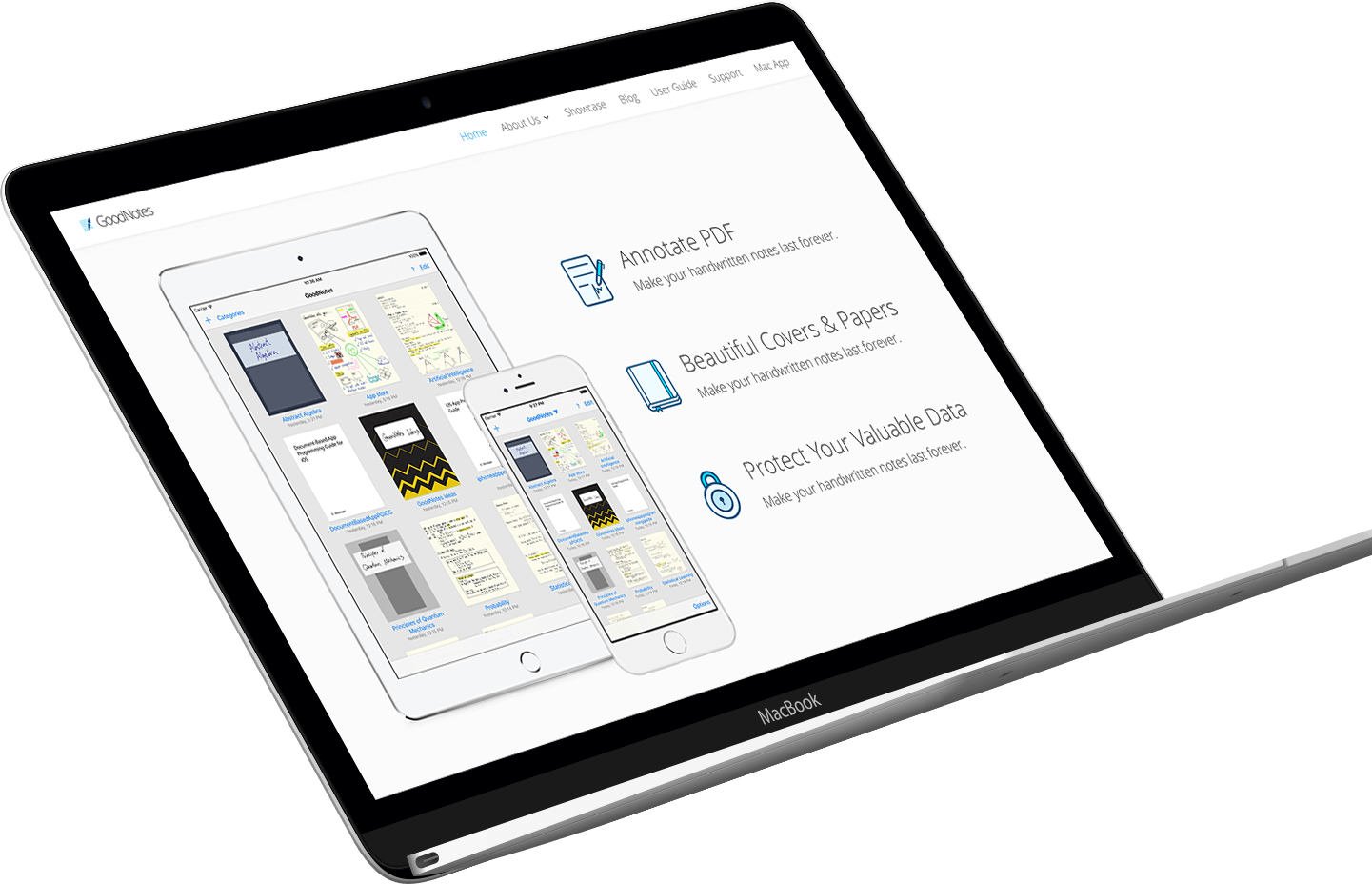 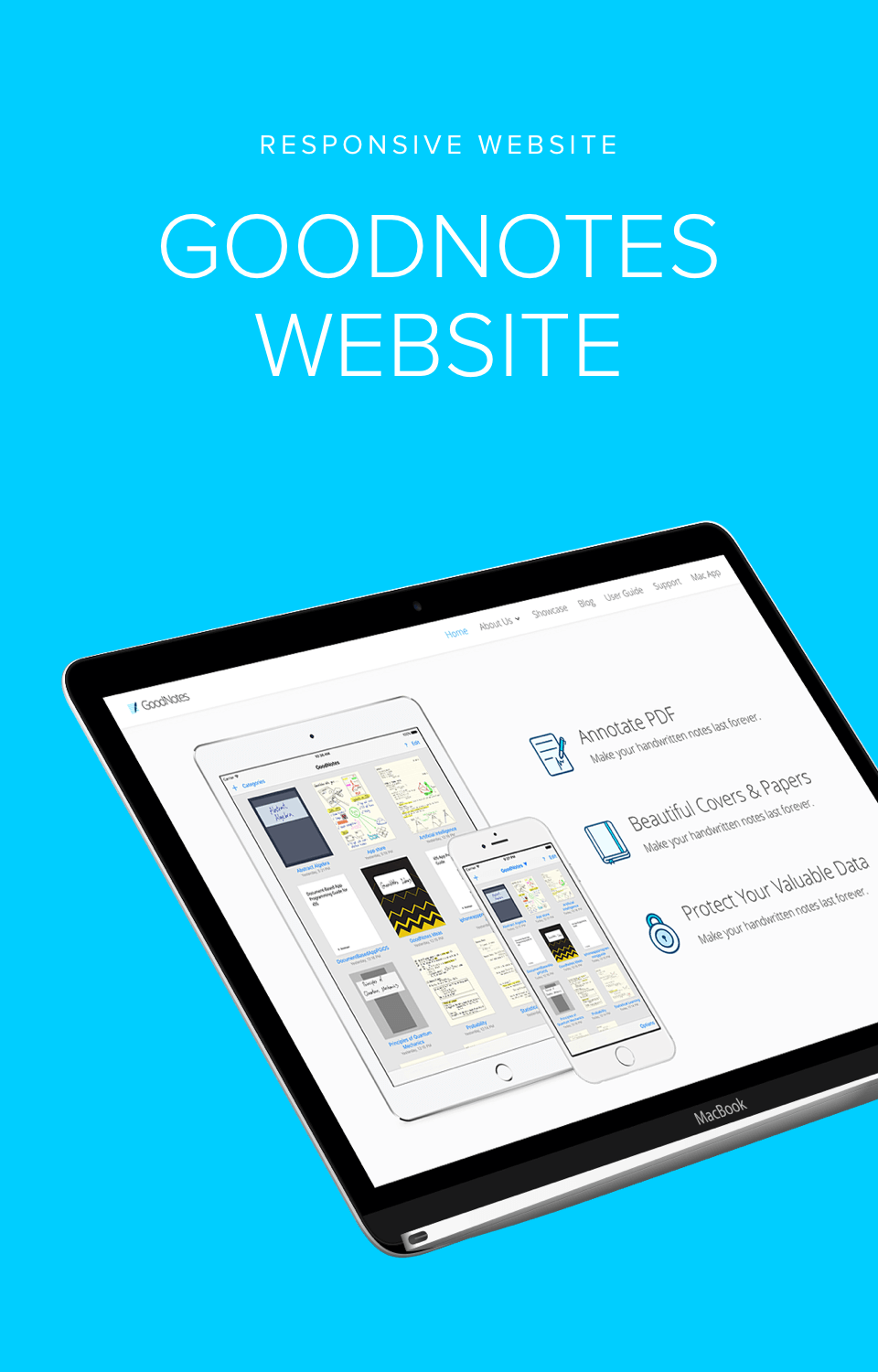 GoodNotes is the top selling note-taking application developed and launched in 2011 in Hong Kong. It has been developed for one simple reason: Bringing the freedom and creativity of pen and paper to the digital age to improve how we study, work, and teach. GoodNotes has sold more than one million copies on iOS and Mac and grown to become the note-taking app that Apple chose to display in the keynote event for the introduction of the 9.7-inch iPad Pro.

I have been approached to help them revamp their marketing website. Previously, they directed their users for support, showcases, user guides to all sorts of different websites. For the revamp, the primary objective was to merge these websites into a single one. 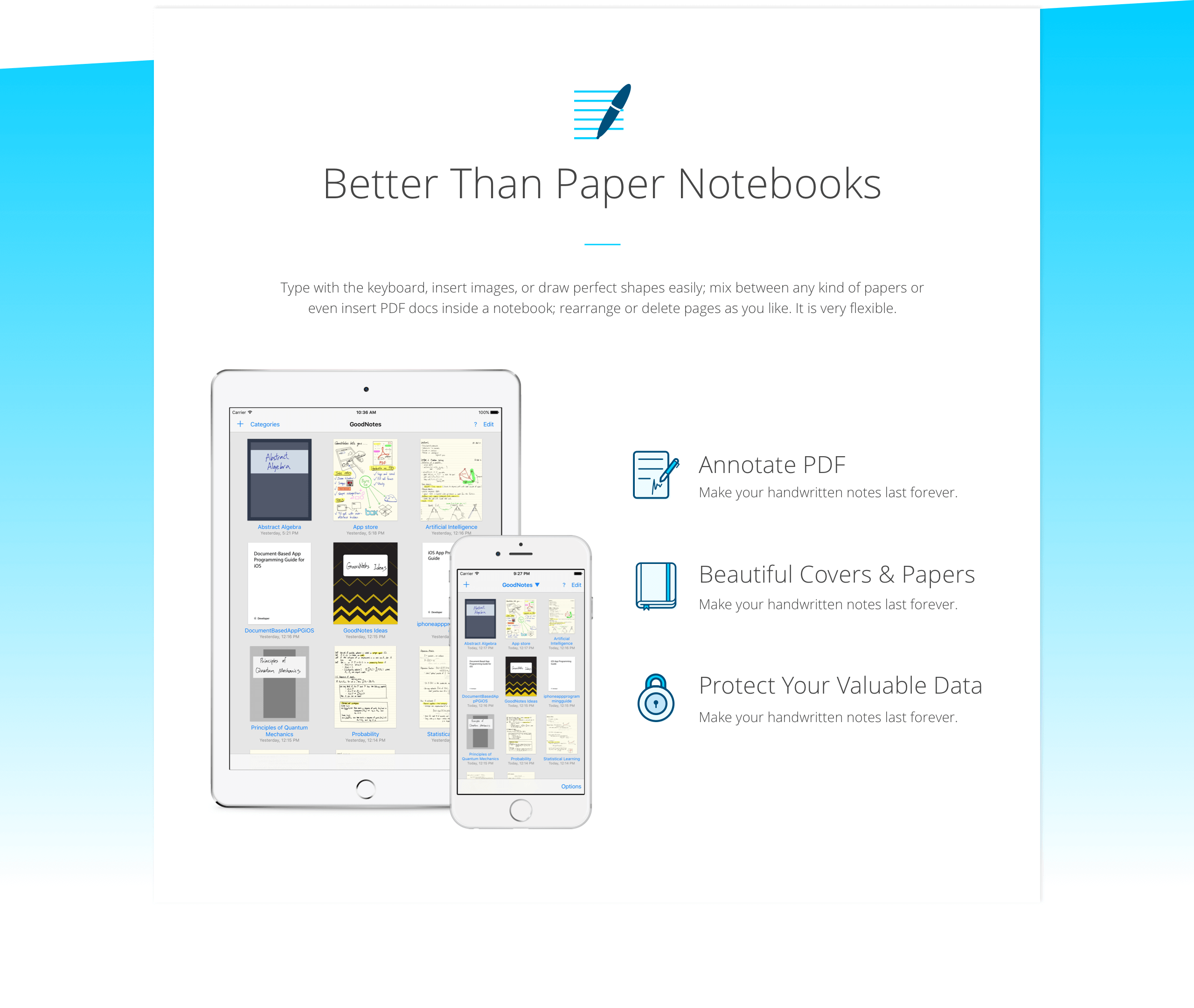 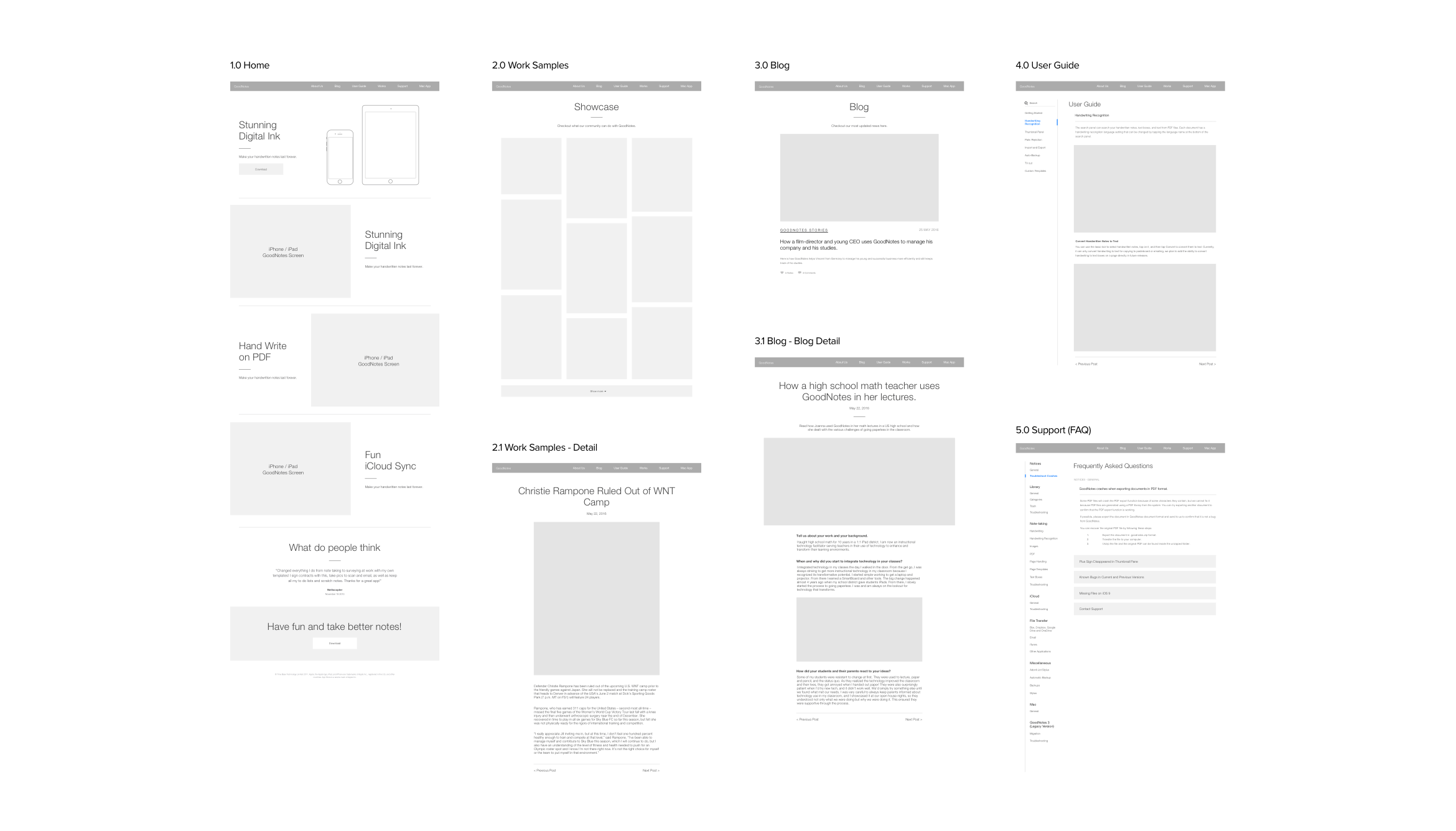 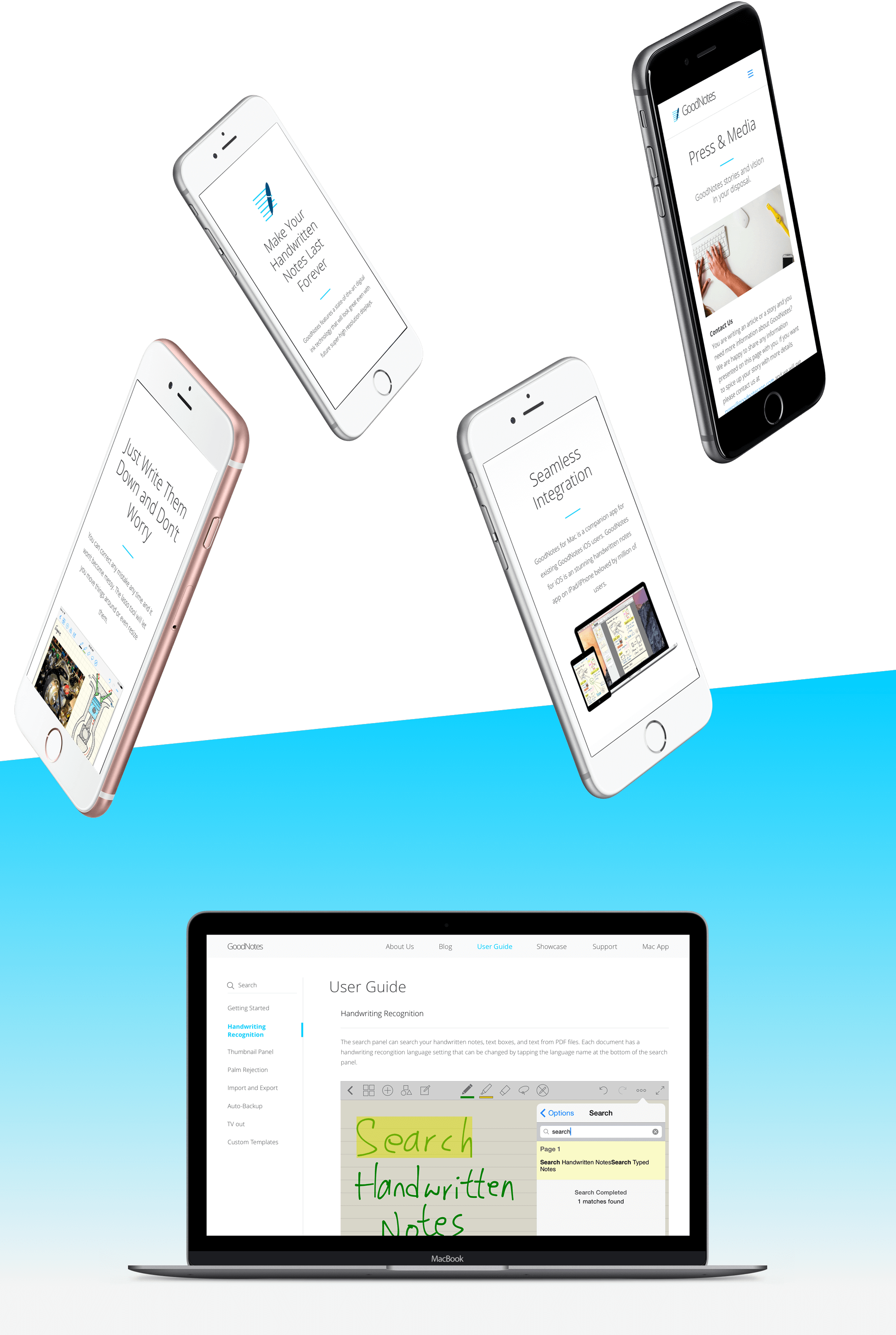